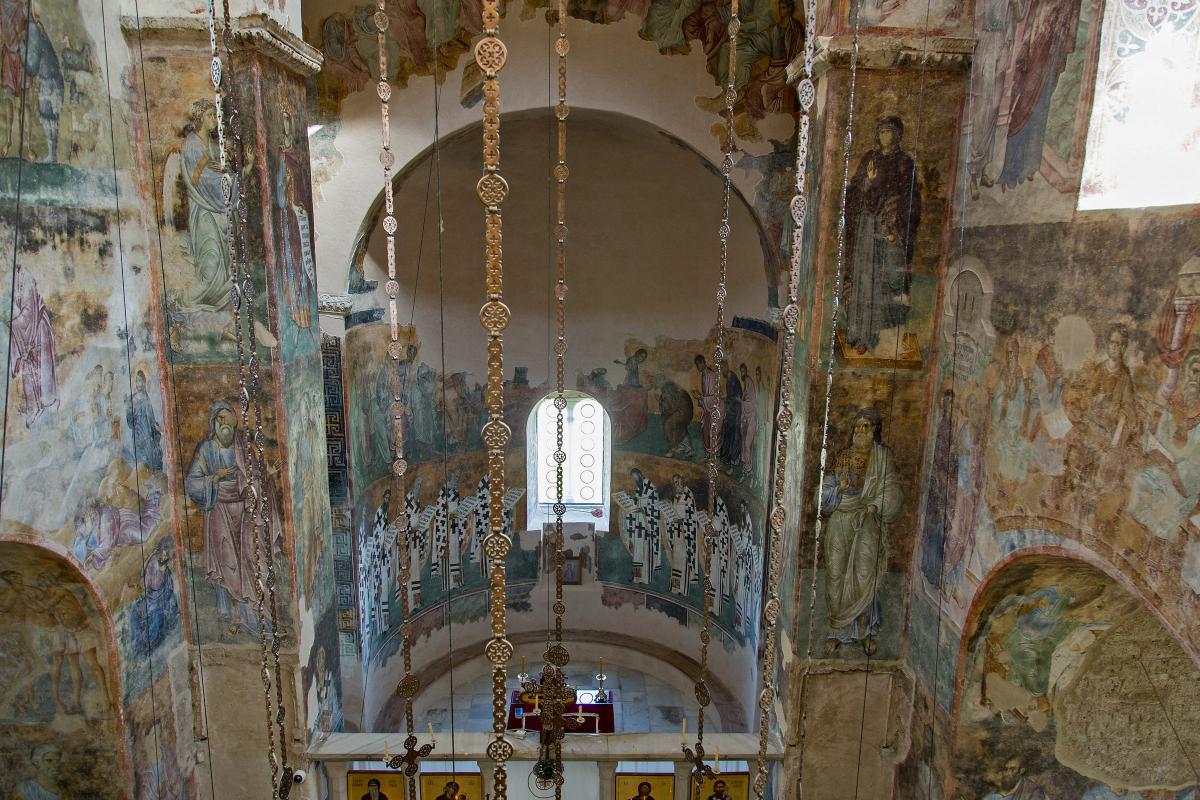 The work of Anna Christidou has done much to expand scholarly perspectives on the Byzantine world by drawing attention to areas usually considered peripheral. Following her lead, this sixth Memorial Lecture turns to the medieval kingdom Serbia, a country within Byzantium’s cultural orbit. The lecture focuses upon technical and formal experiments in Serbian wall painting, specifically, the extensive use of gilding to evoke gold mosaic. This highly unusual form of decoration, Professor Drpić argues, offers a fertile ground to rethink the materiality of the mural image, the practice of mimesis, and the concept of artistic medium—issues that have not been sufficiently addressed in the study of monumental pictorial art.

Ivan Drpić is Associate Professor of History of Art at the University of Pennsylvania. He specializes in the art, architecture, and material culture of Byzantium and its Slavic neighbors in Southeastern Europe. Drpić’s first book, Epigram, Art, and Devotion in Later Byzantium (Cambridge University Press, 2016), the winner of the 2017 Runciman Prize and the 2019 Karen Gould Prize, explores the nexus of art, personal piety, and self-representation in the last centuries of Byzantium, focusing upon the evidence of verse inscriptions, or epigrams, on art objects. Drpić is currently at work on two major project. One investigates the dynamics of subjectivity formation in Byzantine devotional practice through the lens of material culture. The second project—aspects of which will be presented in the Memorial Lecture—examines the economy, technology, and aesthetics of gilded murals in medieval Serbia.