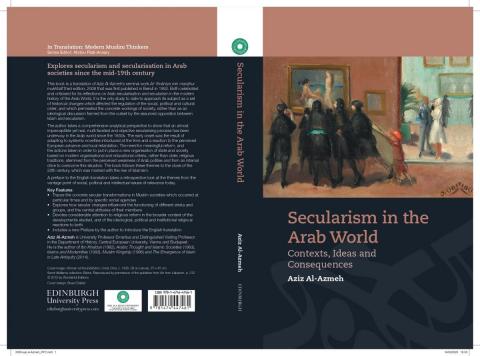 This book is a translation of Aziz al-Azmeh’s seminal work Al-'Ilmaniya min mandhur mukhtalif that was first published in Beirut in 1992. Both celebrated and criticised for its reflections on Arab secularisation and secularism in the modern history of the Arab World, it is the only study to date to approach its subject as a set of historical changes which affected the regulation of the social, political and cultural order, and which permeated the concrete workings of society, rather than as an ideological discussion framed from the outset by the assumed opposition between Islam and secularism.