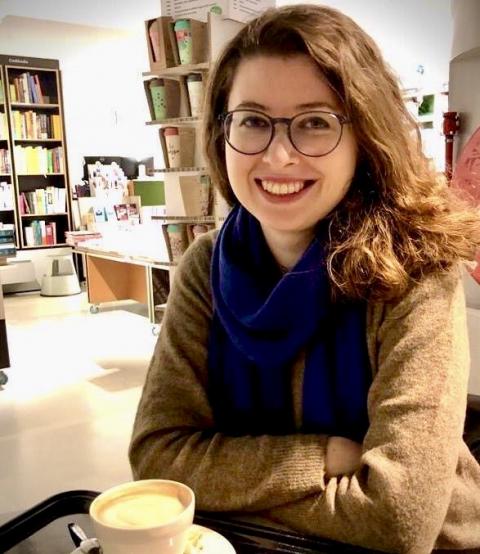 We are delighted to inform you that the CEMS-award for the best MA-thesis (which includes 250 EUR)  written by a student who signed up for the Advanced Certificate in Eastern Mediterranean Studies  this year goes to Rabia Merve Demirkan Aydogan(History, 2YMA) for a thesis on "Schools for the Holy City: Education, Imperial Loyalty and Missionaries in Late Ottoman Jerusalem, 1876-1909."

Merve Demirkan’s MA thesis "Schools for the Holy City: Education, Imperial Loyalty and Missionaries in Late Ottoman Jerusalem, 1876-1909" is a piece of highly original research on an important theater of inter-imperial competition in the late Ottoman Empire, namely, the province of Jerusalem.

Merve subtly lays out a comparative study that explores how the Ottoman state and an influential British missionary society created schools, teacher training systems, and curricula to compete for students and influence among the residents of Jerusalem. Given British and other imperial designs on Jerusalem, the relevance of the topic is rather obvious and the importance of the study is clear: the questions of if and how the Ottoman state met the challenge of creating a modern educational system is central in the large and sprawling literature about late Ottoman modernization, decline, and resistance to European imperialism. However, to date, we have no studies that actually dig beyond the surface of Ottoman schooling, and moreover, show how the state’s efforts compared with those of Christian missionary societies. Merve has taken first a shovel, then an excavator, and she has dug deep.
Merve worked in 2 archives, one in Britain, and another in Istanbul. She examined more than two decades of correspondence and records between missionaries in Jerusalem and England, in its entirety. For the Ottoman state archives, she read a shocking number of documents, yearbooks, and letters related to Ottoman schooling in Jerusalem. Neither of these source bases is in her native language, and the Ottoman sources are quite difficult to read as they are written in a specialized script that requires tedious hours of deciphering and looking up archaic words.
Moreover, Merve is able to digest and use these archival sources in a way that opens up the black box of late Ottoman schooling and challenges prominent narratives about late Ottoman history. For example, it is commonly thought that linguistic nationalism appeared post-1908 Revolution in the Ottoman Empire, but Merve discovered that as early 1904, Istanbul was insisting that the Turkish language be taught in Jerusalem and even sending teachers there who spoke only Turkish, despite the fact that the locals had no knowledge of the language. (Predictably this caused a number of problems.) This discovery presents a marked revision of existing timelines. She also discovered numerous complaints and contestations by locals against the Ottoman schools, revealing a vibrant culture of educational competition in which Muslims would opt to send their children to English or Greek schools. In addition to such discoveries, Merve manages to provide a serious and illuminating comparison between British missionary and Ottoman schools.