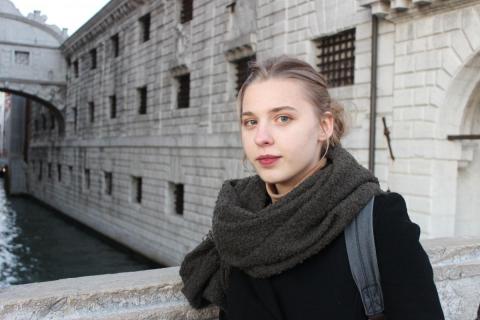 Maria’s thesis showcases exemplary scholarship. It combines an examination of Italian language writings about Muscovy with a close reading of Russian and Venetian diplomatic documents. It is a tour de force in the history of knowledge production through diplomatic practice, exploring the encounter of two early modern states that had little mutual understanding and that had to find ways of communicating their places in the world to each other. With great acumen, she traces the contradictions resulting from this process. For example, Venice presented itself as a republic while it wanted to be treated like crowned kings. The tsar claimed he was on a par with Muslim rulers such as the Ottoman sultan and the Persian shah while he styled himself (and was styled) as a member of the Christian commonwealth and defender of the faith against the “infidels”. Yet another time he was seen as a heretic and enemy of the Latin Church. Maria unpacks the historical significance of such claims and shows in a fascinating analysis how two Russian and Venetian embassies exploited such contradictions for different purposes. The resulting thesis is an outstanding work of original research, broad in comparison, focused on analysis, and full of insights.

“I decided to join CEMS because I wanted to expand my understanding of historical processes in the Eastern Mediterranean. The knowledge I gained studying with CEMS allowed me to place seventeenth-century Russian-Venetian diplomacy in a broader early-modern context. During my studies in the program, I developed a multidimensional comparative approach to historical research of different regions. Thanks to CEMS courses, I had a chance to look at my project from the perspective of trans-imperial dynamics, cross-confessional interactions, and everyday history. The program provides students access to source languages and paleography courses which are essential for the study they wish to pursue. I also appreciate that CEMS provides excellent opportunities for scholarly exchange by inviting leading specialists in the field to give lectures and organizing conferences for both established and young scholars. The center offers generous grants for archival research, participation in conferences, and language schools which I believe are a fantastic support for new scholars. Last but not least, the encouraging atmosphere of the community inspires students to go further with their endeavors. My professors’ and fellow students’ genuine interest and involvement in my work contributed significantly to my growth as a researcher. Meetings outside the classroom were no less essential to maintaining the feeling of community. During these two years, there were endless bar crawls, city walks, and even an exercise club for fitness’ enthusiasts. For me, CEMS is more than just a research center. It is a place to make long-lasting professional connections and friendships.”