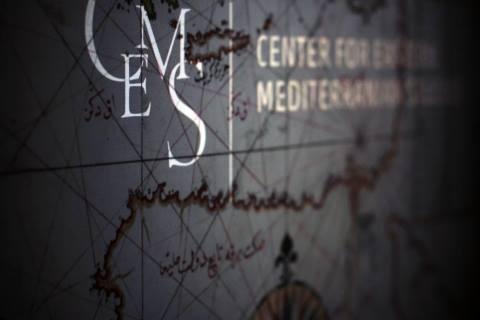 CEMS Research Seminars are informal gatherings at which CEMS members as well as colleagues in Vienna present current or recent research. The presentations are around 30 minutes and ample time is left for discussion. The idea is to become more familiar with one another's research and encourage conversations within and beyond CEMS. In this way, we hope to strengthen the internal community and benefit from the excellent scholarship in which our colleagues in the broader Viennese community are engaged.

Veronika Poier (University of Vienna)
The mihrab inscriptions of the Green Complex (1419-1424) for Sultan Mehmed I in Bursa - Mediation between architecture, word, and image

David Rockwell (CEU)
Looking for Plague in All the Wrong Places: On Using Legislation as Evidence for the Sixth-Century Epidemic

Marta Dominguez Diaz (University of Vienna, University of St. Gallen)
The Andalusians of Tunisia, Cultural pride and Privilege longing; Cultural Revivalism at the Crossroads of Identity and Class, Past and Present

Robyn Radway (History Department)
The Social Lives of Soldier-Scholars: Friendship Books from Habsburg-Ottoman Battlefields and Rethinking the History of the Long Turkish War

Matthias Riedl (History Department)
Devils or Allies? Representations of the Ottomans in the Early Reformation (1517-1530)

István Perczel (Medieval Studies)
Exploring the Syrian Christian and the Muslim Archives in South India: What has been done and what should be done?

Tijana Krstić (Medieval Studies)
Was there an Ottoman 'Age of Confessionalization'?: Insights gained from the OTTOCONFESSION project (2015-2020)