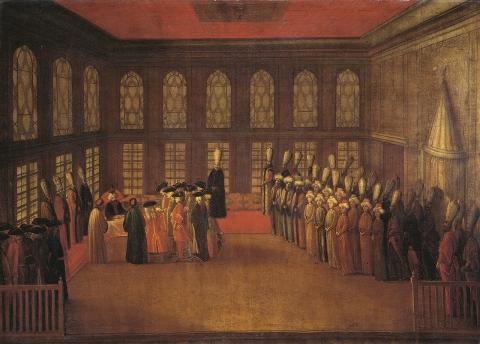 This workshop intends to explore the nature of diplomacy and the role of mediators - not only  ambassadors and special emissaries, but dragomans (interpreters), merchants, missionaries, spies, converts and religious refugees as well - in cross-confessional diplomatic encounters in the Mediterranean world during the sixteenth and seventeenth centuries. How did diplomacy change in this period that witnessed rivaling articulations of imperial and confessional supremacy, both within and between Islamdom and Christendom? What was the role of individuals and networks as well as particular practices and genres of mediation in this phenomenon? How were the claims to sovereignty in the age of state- and empire-building translated and mediated across confessional boundaries? How did mediators engage with the new modes of economic, legal, political and religious thinking in the period to produce new vocabularies of difference (and sameness)?

In recent years, diplomatic history, traditionally one of the conservative historical sub-fields, has experienced a revival by opening up to new lines of inquiry. These new approaches challenged the presentist bias evident in most diplomatic histories and acknowledged that thinking in terms of negotiations among “states” is not the most profitable analytical approach to early modern diplomacy. Focus has shifted away from the figure of the ambassador as the sole diplomatic actor, allowing for an analysis of myriad other formal and informal ways in which a variety of mediators shaped the nature of diplomatic practices and experiences. The workshop aims to engage with and build on these recent developments in diplomatic history, by focusing on those individuals, networks and practices that mediated political, cultural, religious, and linguistic boundaries in the context of diplomatic contacts among various confessional groups and polities in the early modern Mediterranean.

For all its novelty, the new literature on diplomatic history often focuses on the relations among polities within early modern Europe, and when it looks beyond Europe it generally lacks the perspective based on local sources, or disregards centrality of “non-European” actors to the development of early modern diplomatic practices. The workshop seeks to capture the dialogic and multifaceted nature of early modern Mediterranean diplomatic encounters by bringing together specialists from different scholarly backgrounds and source traditions, to address specific questions relating to the genres and processes of diplomatic mediation. It also wishes to encourage reflection on the impact of diplomacy in the Mediterranean on broader questions in the field of early modern history, such as the development and articulation of theories of empire, trans-imperial information networks, and the relationship between the state-making elites and diplomacy in the polities around the Mediterranean.

--the social, cultural, political and religious formation of mediators; their embeddedness in power structures at home and abroad;

--the impact of mediation and mediators on the theory and practices of diplomacy;

--the impact of mediation and mediators on the production of political and cultural categories;

--the formation of trans-imperial networks of knowledge and information exchange;

--politics of language and practices of translation in the processes of communication and negotiation;