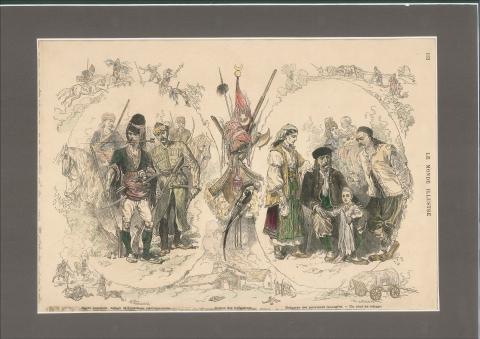 Honor and related concepts such as shame and grace long preoccupied post-WWII social science research on the Mediterranean world and became one of the major foundations upon which a world-wide expansion of the anthropological study of complex, modern societies was forged. Nevertheless, while these controversial, value-laden concepts were explored largely within the mid-twentieth-century context of the northwestern and Greek-speaking shores of the Mediterranean, it is only now that a critical mass of scholars of the Ottoman world are beginning to explore honor and related concepts that pervade sources from the Ottoman period.

The participants of this workshop therefore intend to investigate how honor as a set of social codes of conduct are transmitted from individuals to institutions. It does so in order to frame conceptual fields that tie everyday life social actors to the state in ways that are only recently being explored in Ottoman studies and related fields. At the same, one of the main goals of the workshop is to explore honor and related concepts broadly as continuities from the late Ottoman period in order to provide a more focused and diachronic platform of comparison across the Mediterranean over time and space that is conspicuously absent in contemporary scholarship on the topic.

The scholars that come together in this group believe that contextualizing multi-disciplinary conversations on the themes of honor and related notions in the Ottoman past will bring clarity to these issues that still mediate social relations in large parts of the Mediterranean world, thus bringing some degree of unity to a large part of the central (i.e., the Adriatic coast and Balkans) and eastern Mediterranean world. In the past, anthropologists who worked on honor in the Mediterranean imposed a logic on society using concepts such as honor and shame without looking to history, while scholars of the pre-modern Muslim world who are now finding ubiquitous tropes of honor in their sources are struggling to theorize and map out a logic revolving around codes of conduct and the negotiation of power that pivot upon such dialectics. It is therefore the goal of the participants in this group to bring together scholars who work on different regions of pre-modern Mediterranean world with those working on corresponding themes and regions in modern world in order to move beyond synchronic discussions of honor and shame and map out a diachronic context missing in twentieth-century work on this trans-national space.

What we find fascinating about honor as a practice, discourse, and concept is its versatility: how in one conceptual field social actors can find the means to express self-esteem or the esteem of others in inter-personal relations, whilst focus on honor also illuminates parallel, multiple modes of conduct and morality that help make links between individual practices as well as those of social groups, communities, and state institutions. Acknowledging the diversity of the concept of honor yet being aware of the pitfalls that ascribing a concrete definition to the term imposes, the scholars in this group are more interested in the archeology of honor over time and space.

1. How is honor used in administrative, narrative, literary, and ego-document sources? What do individuals have at stake in narrating honor?

2. Are there interpretative communities and textual traditions that provide a dialectic framework for the narration of honor? How do these discourses change with different social or religious groups and under the impact of social and cultural change?

The logic of practice: individuals, society, and state:

3. How do certain groups appropriate honor as an "alternative, non-state" basis for social disciplining and control, and is this quasi-institutionalized parallel to state forms of legal and social control? How do non-state forms of surveillance interact with legal and official institutions, and how do these relationships change over time as new concepts and technologies of governance shift power relationships between state and society?

4. How does the discourse of honor structure modes and expressions of gender relations, and how do these change during the transformative processes over time and space?

The nexus of honor and violence:

5. What is the gendered vocabulary of so-called crimes of honor? How does sexual violence - or the discourse of sexual violence - mediate social relations on the interpersonal, communal, and imperial levels, and at what point or how does honor become a legal discourse (and involve the state in these dialectics)?

6. To what extent is sexual honor as legal and imperial discourse a legacy to honor as an ethnic, religious, or national value?