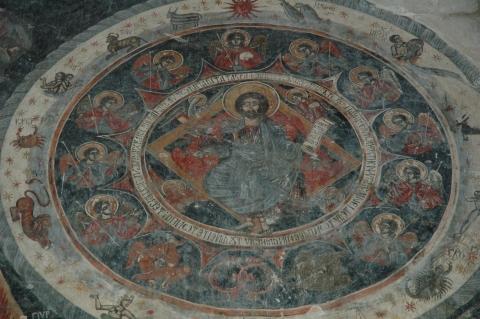 For centuries after the fall of the Byzantine Empire, Orthodox Christian populations continued to produce art within environments bearing no geographic, social, political, ecclesiastical uniformity whilst lacking the impact of a unifying centre. If the term Byzantine Art is used to indicate art and culture generated within or influenced by the cultural realm of the Byzantine Empire prior to 1453, how should modern scholars approach, define and/or categorise artistic productions generated after the collapse of what is thought to have acted as the ‘universal’ cultural centre? To this effect, scholarship across the Eastern Orthodox world resorted to terms reflecting either the impact of by-then entrenched art-historic concepts (‘Post-Byzantine’ as opposed to ‘Byzantine’) or the establishment of national schools of art (‘Russian’, ‘Georgian’, ‘Armenian’, ‘Serbian’, ‘Romanian’ art etc.). The absence of a generally accepted methodological platform leads to an - often unnecessary - ‘fragmentation’ of a vast volume of material evidence on the basis of provenance rather than artistic/cultural attributes. It may be also seen to undermine the common reference points and expressive means of a culture that essentially derives from a shared religion.

The conference invites scholars to contribute their viewpoints on the Orthodox art produced from the Early Modern/Post Medieval period onwards in the Eastern Mediterranean world including Russia and the Caucasus. How are the various Orthodox cultures defined and approached? What are their characteristics, similarities and/or differences and to what extent can the term Post-Byzantine be valid or is obsolete? In which case, what are the alternatives? Ultimately, the workshop aspires to see beyond differentiations and raise the possibility of identifying common points of reference that could, potentially, encourage the use of commonly accepted methodological frames and principles.

Watch a video about the conference here.