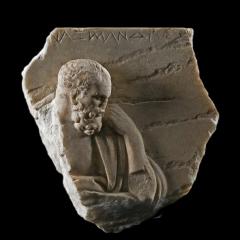 This project contributes to the Humanities Initiative's goal of fostering new, interdisciplinary teaching and research in the Humanities by introducing the field of Classical Studies to CEU. The appointment of Georgina White, who specializes in the Political Thought of Republican Rome and its relationship to its Greek philosophical models, helps to bridge the gap between CEU's Department of Philosophy, with its expertise on ancient (Greek) philosophy; the Department of Medieval Studies, with expertise from Imperial Rome/late antiquity onwards; and the contemporary focus of the Department of Political Science. The focus on Ancient Political Thought, itself an exciting and expanding area of research, offers the opportunity for fruitful co-operation with CEU's established social science programs, and with the new Specialization in Political Thought.

Current and Upcoming Events and Initiatives:

This project has expanded the course offerings at CEU, providing teaching in the new subject area of Classical Studies and Ancient Political Thought for MA and PhD students. The courses currently on offer in the 2015 Fall term are as follows:

Georgina White, the post-doctoral teaching and research fellow, is also involved in a number of interdepartmental initiatives accompanying the launch of CEU's Specialization in Political Thought. A History of Political Thought Research Group will begin in the Winter 2016 term, and any interested students are encouraged to email whiteg@ceu.edu, or to join the facebook page linked below (under “Cooperation”).

There will be the opportunity for members of the university community to learn more about the research that Georgina White is currently conducting into the philosophical thought of the Roman Republic and its relationship to that of classical Greece in the Winter 2016 term, in a talk at the CEMS colloquium entitled “No More Need for Greek?: the Cultural Role of Cicero's Philosophical Translations”. The talk will take place on April 14th, and further information will be provided closer to the time at https://cems.ceu.edu/events. In the Fall 2015 term, she is also presenting her work outside of CEU at a conference she has organised on translations on non-literary texts from and to classical languages, entitled “Technical Translation; Translation Technique” to be held at Princeton University, and at a panel she has organised on Cicero's philosophical translations at the 2016 meeting of the Society of Classical Studies in San Francisco.

In addition to these scheduled events, there will be another lecture on the theme of Ancient Political Thought as part of the CEMS Colloquium at some point in the Winter 2016 term. Information on this will be posted on the CEMS website as soon as it becomes available https://cems.ceu.edu/.

For a full abstract, see: https://cems.ceu.edu/events/2015-10-15/cems-lecture-by-prof-josiah-ober-democracy-before-liberalism

For more information on the various interdisciplinary initiatives which are being developed as part of this project, please see: