Tijana Krstić (Principal Investigator, Central European University) is a historian of the early modern Ottoman Empire and its place in and connections with the wider early modern world.

She is interested in social, cultural and religious history, especially in circulation of texts, artifacts, people and religio-political concepts across imperial, cultural and confessional boundaries.  Her first project explored how various Ottoman Muslim and Christian authors narrated the phenomenon of conversion to Islam in the empire's formative period, between the fifteenth and seventeenth centuries.  It resulted in the book entitled Contested Conversions to Islam: Narratives of Religious Change and Communal Politics in the Early Modern Ottoman Empire (Stanford University Press, 2011). Her publications also include:

“Reading Abdallah b. Abdallah Tarjuman’s Tuhfa (1420) in the Ottoman Empire: Muslim-Christian Polemics and Intertextuality in the Age of Confessionalization,” Al-Qantara 36/2 (2015): 341-401.

“Illuminated by the Light of Islam and the Glory of the Ottoman Sultanate: Narratives of Conversion to Islam in the Age of Confessionalization.” Comparative Studies in Society and History 51/1 (January 2009): 35-63

Her research interests include Ottoman cultural and intellectual history, 1400-1700; comparative history of early modern piety; sufism and politics; practices of reading and writing; conceptions of the self and self-writing.

Some of Prof. Terzioğlu's more recent publications include

“Power, Patronage and Confessionalism: Ottoman Politics as Seen through the Eyes of a Crimean Sufi, 1580-1593,” in Marinos Sariyannis (ed.), Halcyon Days in Crete IX, Political Thought and Practice in the Ottoman Empire, Rethymno, Crete University Press, 2017, Forthcoming. (Submitted and accepted after blind review)

“Bid‘at, Custom and the Mutability of Shar‘i Judgments: the Debate on the Congregational Performance of Supererogatory Prayers in the Seventeenth-Century Ottoman Empire,” in Akşin Somel and Seyfi Kenan (ed), Realms of Transformation in the Ottoman World: Articles in Honor of Metin Kunt,” Istanbul, 2017, Forthcoming. (Submitted and accepted in 2016)

“Where ilmi-i hal meets catechism: Islamic manuals of religious instruction in the Ottoman Empire in the age of confessionalization,” Past and Present 220 (2013), forthcoming.

“Sufis in the age of state-building and confessionalization,” The Ottoman World, ed. Christine Woodhead. Routledge, 2012. 86-99.

“Sunna-minded sufi preachers in service of the Ottoman state: the naṣīḥatnāme of Hasan addressed to Murad IV,” Archivum Ottomanicum 27 (2010): 241-312.

Prof. Günhan Börekçi (Researcher, Central European University and İstanbul Şehir University) completed his B.A. and M.A. studies at Boğaziçi University (1991-1999), and received his Ph.D. degree in history from the Ohio State University in 2010.

Prof. Nir Shafir (Assistant Professor, University of California, San Diego) is a historian of the Middle East whose research explores the intellectual and religious history of the early modern Ottoman Empire, with a focus on material culture and the history of science and technology.

His research has been supported with grants from the Social Science Research Council, The National Science Foundation, the European Research Commission, the Council of American Overseas Research Centers, the Fulbright Program and other foundations. He is currently working on a monograph tentatively titled Pamphleteering Islam in the Ottoman Empire which examines how the novel usage of “manuscript pamphlets” in the seventeenth century created the basis of modern Islam. In addition to this he is also one of the editors of the Ottoman History Podcast and the curator of its history of science series.Los Angeles in 2016.

His main research interests and publications focus on the social, demographic, urban and architectural history of the Ottoman Balkans. Currently he is also the Ottoman history coordinator of the Historical GIS of Southeastern Europe (H-GIS SEE) at the University of Sofia and he leads the Ottoman study group of the Digital Archive of the Zograf monastery on Mount Athos.

His recent publications include:

“Human Cost of Warfare: Population Loss during the Ottoman Conquest and the Demographic History of Bulgaria in the Late Middle Ages and Early Modern Era.” in Oliver Jens Schmitt (ed.) The Ottoman Conquest of the Balkans: Interpretations and Research Debates (Vienna: Österreichische Akademie der Wissenschaften, 2016), 103-166.

“The T-shaped Zaviye/İmarets of Edirne: A Key Mechanism for Ottoman Urban Morphological Transformation.” Journal of the Ottoman and Turkish Studies Association 3:1 (2016): 29–48.

His main areas of research include Ottoman diplomacy, pre-modern Turko-Persian world, and the literary history of Persian and Turkish in the second

millennium. He has previously published The Repercussions of the Austro-Russian-Turkish War (1736-1739) on the Diplomacy and International Status of the Ottoman Empire (Istanbul: Libra, 2014), and is also preparing his dissertation Diplomacy and Political Relations between the Ottoman Empire and Safavid Iran, 1639-1722 for publication. A part of the OTTOCONFESSION team since 2016, he has been presenting papers from his current research on the religious conciliation between the Sunni Ottomans and the Shiite Safavids after 1639, with particular focus on Islamic legitimacy and recognition, caliphate, the Prophet's and the Imams' shrines, the transition from Qızılbaşism to Shiism, and pilgrimage.

He is the author of Rendre la justice à Amid : procedures, acteurs et doctrines dans le contexte ottoman du XVIIIème siècle (E.J. Brill, 2016) Currently, he is working on the conceptual traffic between Karakhanid and Ottoman jurisprudence with special reference to heresy, crime, and punishment.He has been a fellow at the International Research Center IGK “Work and Human Lifecycle in Global History” at the Humboldt-Universität zu Berlin, at the Käte Hamburger Center for Advanced Study in the Humanities “Law as Culture” and Institute for Advanced Studies in Nantes, France. He has taught at the Institut national des langues et des civilisations orientales (INALCO), at the Institut für den Nahen und Mittleren Osten at LMU Munich and Koç University in Istanbul.

Dr. Margarita Voulgaropoulou (Postdoctoral Fellow, Central European University) earned her doctoral degree in 2014 from the Department of Art History at the Aristotle University of Thessaloniki.

She also holds a BA in History and Archaeology (June 2004), and an MA in Art History (November, 2007), both from the same university. In her doctoral dissertation, funded by the Alexander S. Onassis Foundation, she investigated the reception of icon painting in the Adriatic region from the fifteenth to the seventeenth century, emphasizing on the cultural interchange between the Eastern Mediterranean, the Italian Peninsula and the Western Balkans. She has presented papers at international conferences, and has published articles on Byzantine, Post-Byzantine and European art. From 2015-16 she was a Ted and Elaine Athanassiades Postdoctoral Research Fellow at the Seeger Center for Hellenic Studies at Princeton University. She is currently revising her doctoral dissertation for publication, while preparing another book manuscript on the work of Heptanesian artists in the Adriatic in the eighteenth and nineteenth centuries. Her research project at the CEU will focus on the cross-cultural exchanges between Greek, Slavic and Italian populations in the Orthodox communities of the Adriatic and the Western Balkans. Her academic research interests include Byzantine and Post-Byzantine Culture, Italian Renaissance Art, Cultural History of the Adriatic and the Eastern Mediterranean.

She earned her PhD in 2011 from the National Academy of Armenia. She is an Associate Professor at the Department of Theology, YSU, and has been teaching since 2005. She is affiliated to the Institute of Ancient Manuscripts “Matenadaran” in Yerevan as a senior researcher since 2013. She had her first post-doc at CEU, CEMS, 2013 being a part of the higher education program Caucasus in Context: 300-1600 run by CEU, 2010-2015. She is also a Fulbright scholar 2016 on Religious Studies.

Her first book The Treatise Key of Truth (the linguistic-historical and theological analysis) discusses a case of the origin of a syncretic/hybrid Armenian micro-church in late 18th early 19th centuries. Her second book is the first volume of editio princeps of medieval (11th to 14th cc.) Armenian collections The Causes of the Feast Days [forthcoming]. In the extensive Introduction to this publication she focuses on the inter- and intra-confessional polemical aspects of these collections as well as reviles the dynamics and significance of their textual changes depending on the historical developments and geopolitical situation.

Her scientific interests include, but are not limited to the inter-confessional discourses generating the mechanisms by which polemical literature, monastic folklore, myths and apocryphal narratives took shape and were incorporated into the canonical collections of the Armenian Church.

Dr. Ionuț  Alexandru Tudorie (Postdoctoral Fellow, Central European University) is a Lecturer at the University of Bucharest, Romania, where he teaches Byzantine History and Church History. 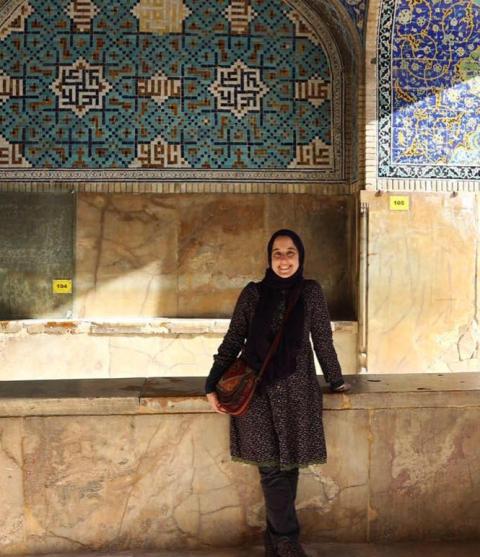 Damla has interests in the architectural  and religious cultures of the Islamicate lands in the early modern period, with a special focus on the Ottomans and the Safavids.  She attempts to investigate the Ottoman and Safavid sovereigns’ patronage for religious architecture and their production of religious and urban spaces, in relation with their religio-political agendas.

Emese Muntán is a PhD candidate at the Medieval Studies Department at Central European University, Budapest and a junior research fellow on the OTTOCONFESSION project.

She holds two MA degrees, one from Eötvös Loránd University, Budapest in Hungarian language and literature with a specialization in Medieval and Early Modern Hungarian Literature and the other from CEU in Comparative History of Central, Eastern, and Southeastern Europe, with a specialization in Religious Studies. Her MA thesis received the Religious Studies Best Thesis Award and the Hanak Prize for the Best Thesis in 2014. Her doctoral dissertation research concentrates on examining the missionary and pastoral activity of Jesuits and Bosnian Franciscans in Ottoman Rumeli and Hungary during the seventeenth century. Her research interests include: Catholic and Protestant missions in the Ottoman Empire, Community- and confession-building projects in Europe and the Ottoman Empire, Medieval and Early Modern Diplomacy, etc.

His MA thesis explores the meaning of the Battle of Lepanto (1571) among late-sixteenth-century Ottoman historians. Since 2013, he has been a PhD student in the same department. His dissertation investigates how the epistemological bases of imperial legislation and archival practices of its enforcement relate to the nature of imperial governance grounded in the Islamic tradition and manuscript culture through an intellectual biography of a prominent chief jurisprudent (şeyhülislam) of the Ottoman Empire, Zekeriyazade Yahya Efendi (1561-1644), with a focus on his legislative thought.

His research interests include intellectual and cultural history of the Ottoman Empire as well as manuscript cultures in the pre-modern period. 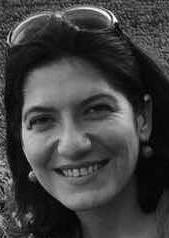 Her doctoral research explored notions of unbelief and freethinking in the writings of the eleventh-century Syrian poet Abu l-‘Ala’ al-Ma’arri (d.1058). Her first MA study at the Yerevan State University dealt with modern Sunni fundamentalist thought, whereas her second MA research at CEU explored the anti-Christian polemics of the famous Muslim thinker Ibn Taymiyya (d.1328).